The high-stakes adventure stories and romantic melodramas of YA fiction are designed to capture the attention of teens. But these days, the books in this category are just as popular among caffeine-addicted, overtired adults like me. And now that every YA author will publish an ebook in addition to a physical book, you can take a look around a subway at rush hour and see dozens of Kindle-clutching commuters poring over the latest releases.

Thanks to huge hits such as the Hunger Games saga and John Green books, the genre has really taken off, and YA authors are constantly taking it in new and incredibly exciting directions. It really is the golden age for young adult fiction. And with self-publishing revolutionizing the industry, there are thousands of YA releases every year — which is lucky for us because they’re completely addictive!

Here are five of my favorites from the year so far, omitting the unmissable The Ballad of Songbirds and Snakes by Suzanne Collins purely because there’s already an excellent review of it on this blog! 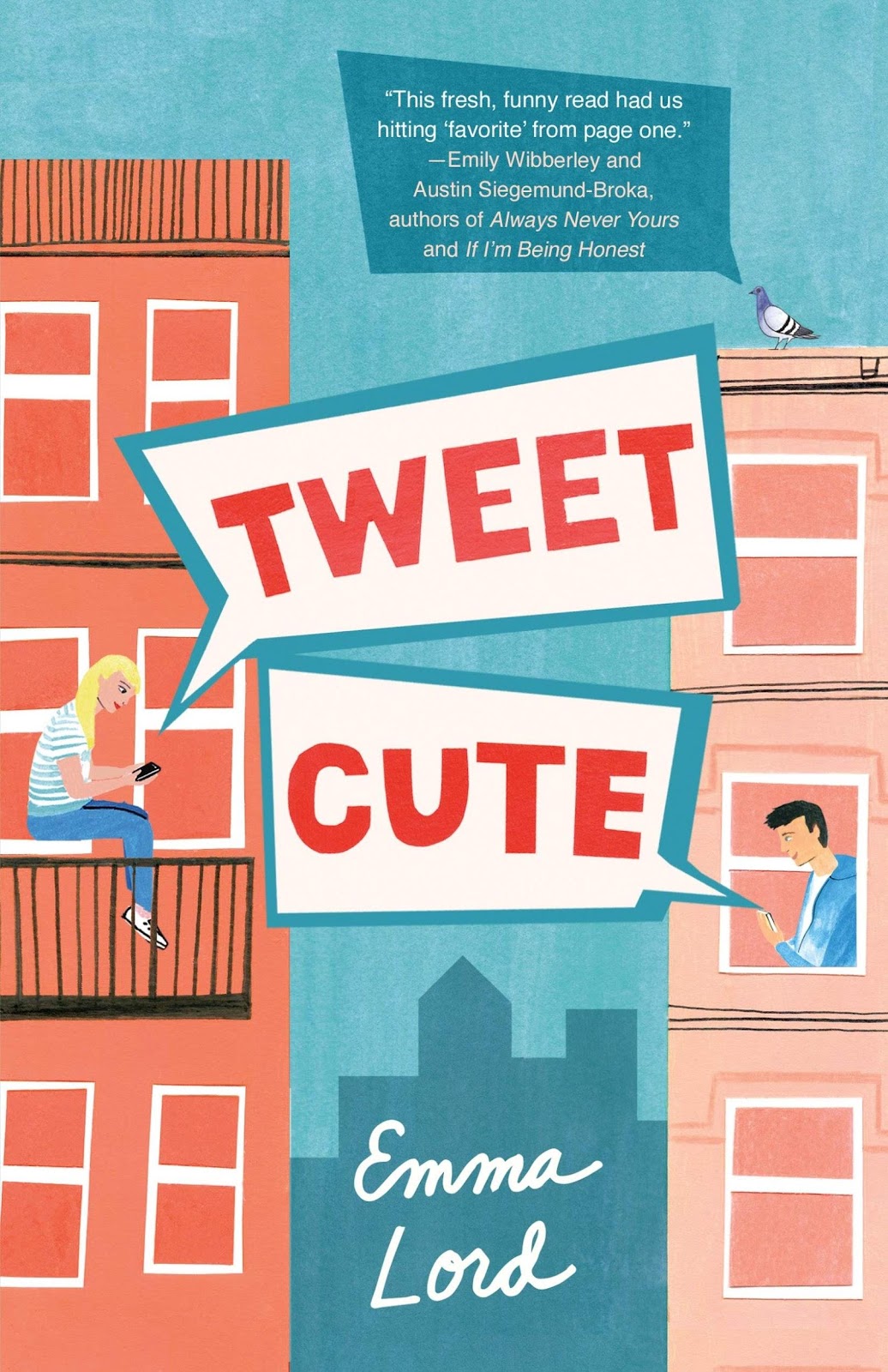 Pepper has a lot on her plate. On top of getting into an Ivy League college and trying to stop her home life from falling apart, she has to run the Twitter account for her family’s fast-food chain — Big League Burger. When they’re accused of stealing a local deli’s grilled cheese recipe, Pepper’s life gets even more hectic as she finds herself involved in a viral Twitter war.

Unbeknownst to her, on the other end of the snarky memes is Jack, class clown and constant thorn in Pepper’s side. As if this story needed anything more for me to love it, while their public slam escalates, Pepper and Jack begin confiding in one another through an anonymous app. An all-the-feels romance between these two endearingly real characters quickly unfolds.

Gossip Girl meets You’ve Got Mail: this rom-com reinvention is made for the Twitter generation. But amid the enemies-to-lovers romance and meme wars, Tweet Cute also manages to be truly insightful about the pressures teens face trying to balance family loyalty and their own passions. Take it from a rom-com fanatic: Tweet Cute is deliciously cheesy and you’ll absolutely devour it!

2. The Kingdom of Back by Marie Lu 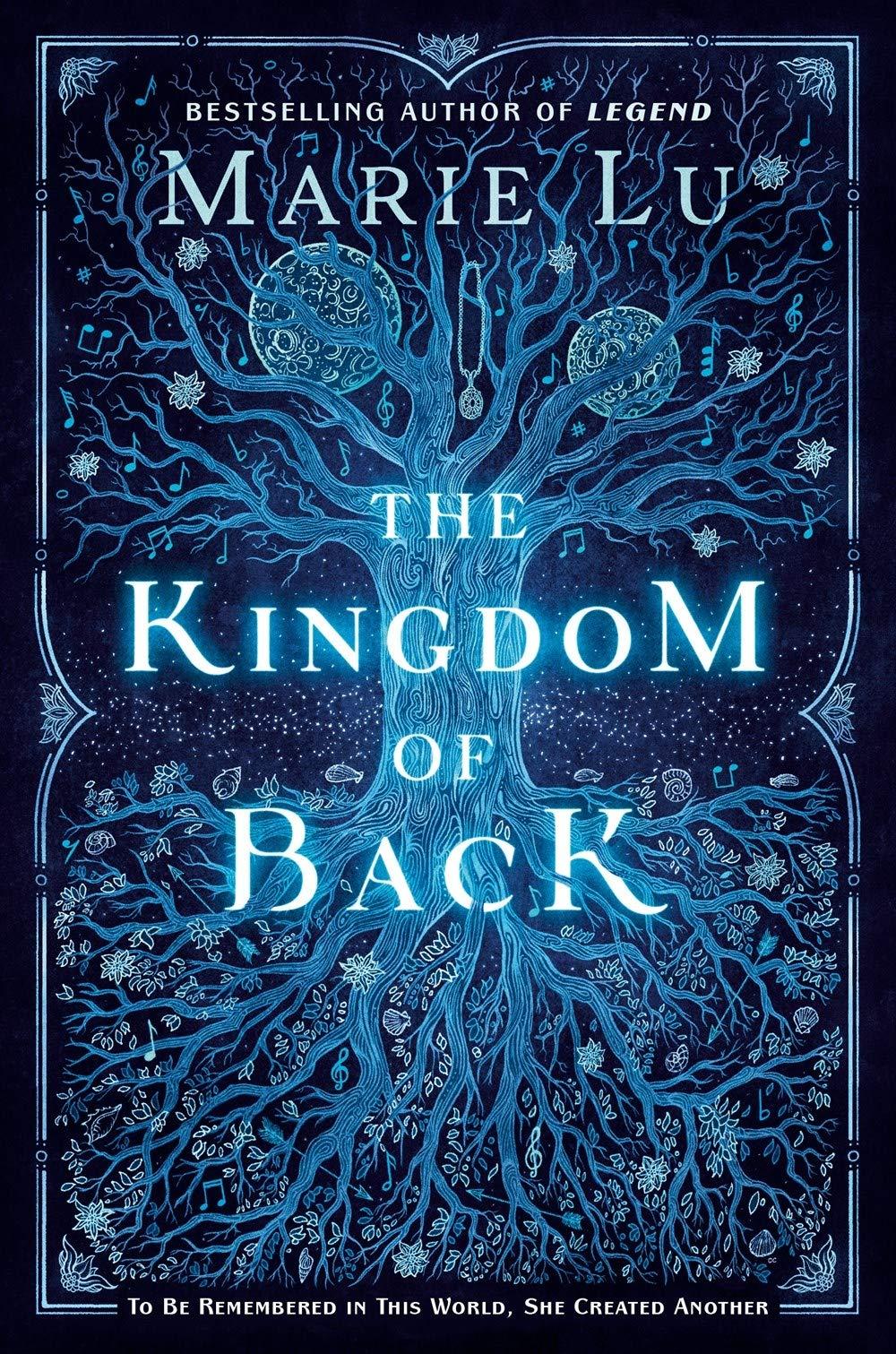 So it turns out there isn’t only one Mozart. In The Kingdom of Back, Lu breathes life into the sadly forgotten story of Wolfgang Mozart’s sister, Nannerl. A musical prodigy like her brother, Nannerl dreams of becoming an acclaimed composer. But as a young woman in 18th century Europe, she is forbidden from performing past childhood. As Wolfgang’s talent begins to eclipse her own, Nannerl meets a mysterious stranger from a magical land with the power to make her wish come true — if she’s willing to pay the price.

The lush fantasy world that Lu seamlessly interweaves with history was dreamt up by the real Mozart siblings. They called it the Kingdom of Back, and like Narnia or Neverland, children can reach it through doorways and dreams. Lu does an excellent job of bringing their childhood dreamworld to life while spiking it with danger, but it is the story that takes place in the real world that made this book magical for me. The unbreakable bond between brother and sister, strained by their rivalry, is captured in a heartwarming and honest way — making Nannerl’s struggle to escape the subjugation of womanhood even more heartrending. If you’re as excited as I was by the prospect of a new Marie Lu book, trust me: you won’t be disappointed by this page-turner.

3. We Used to Be Friends by Amy Spalding 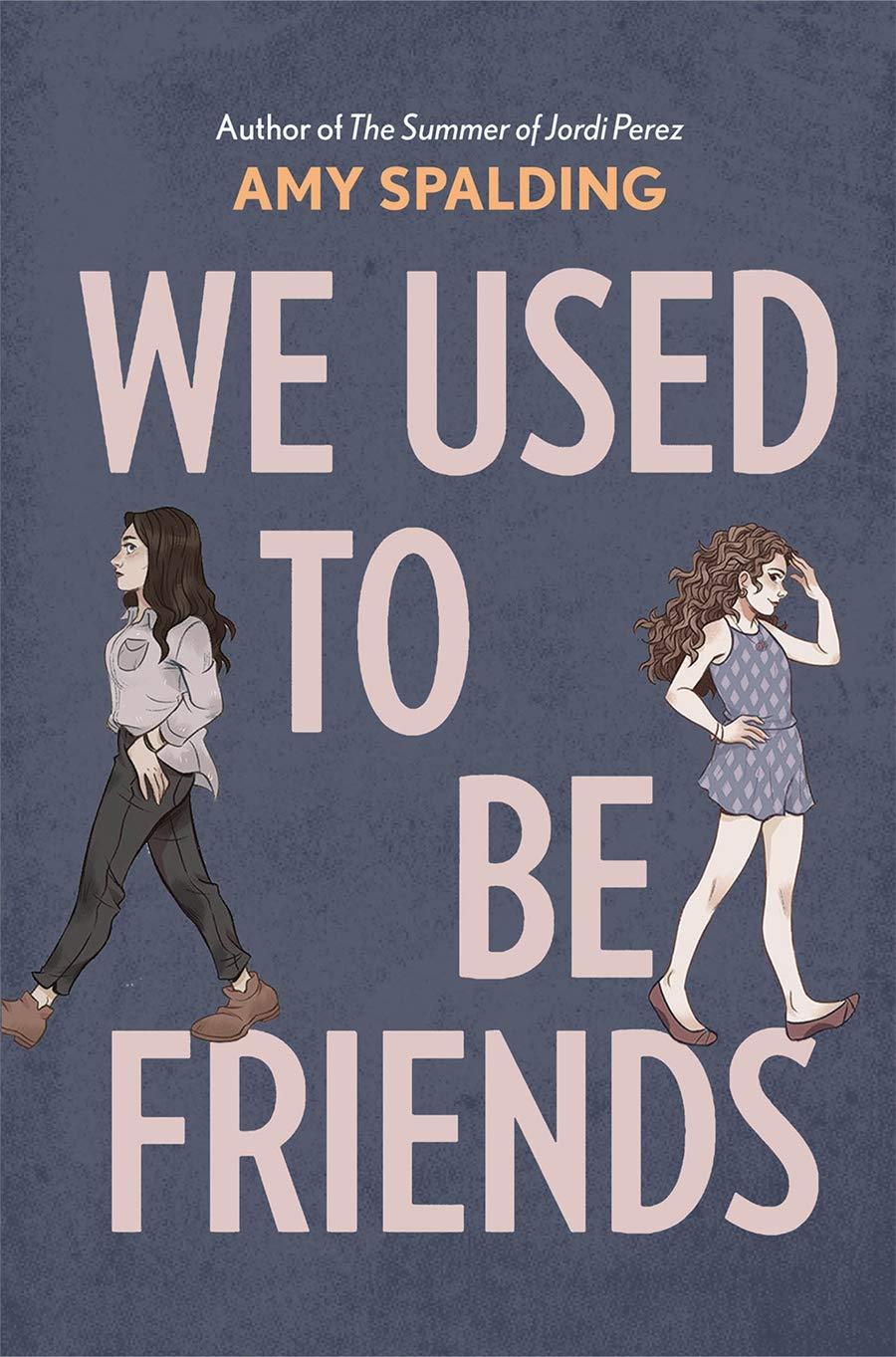 I love storytelling that drops you into someone’s life and dares you to imagine how things used to be impossibly different, and We Used to Be Friends does just that. Spalding explores the most traumatic break-up of all — that of lifelong friends — from the perspectives of two characters whose timelines move in opposite directions. As their senior year comes to an end, James reflects on how her friendship with Kat fell apart, while Kat thinks back to the first time they met, when their futures felt wide open.

The dual perspective prevents either girl from being cast as a villain; Spalding shows us that sometimes being human is just really hard! At one of the biggest times of upheaval in their lives, moving apart seems almost inevitable for Kat and James. And yet the pain of losing their closest friend seeps into every part of their (already complicated) lives. Spalding knows that friendships can be as vital and fulfilling, as messy and heartbreaking as any romantic relationship. Her book is an earnest, unflinching love story — make sure you’ve got tissues handy!

4. You Should See Me in a Crown by Leah Johnson 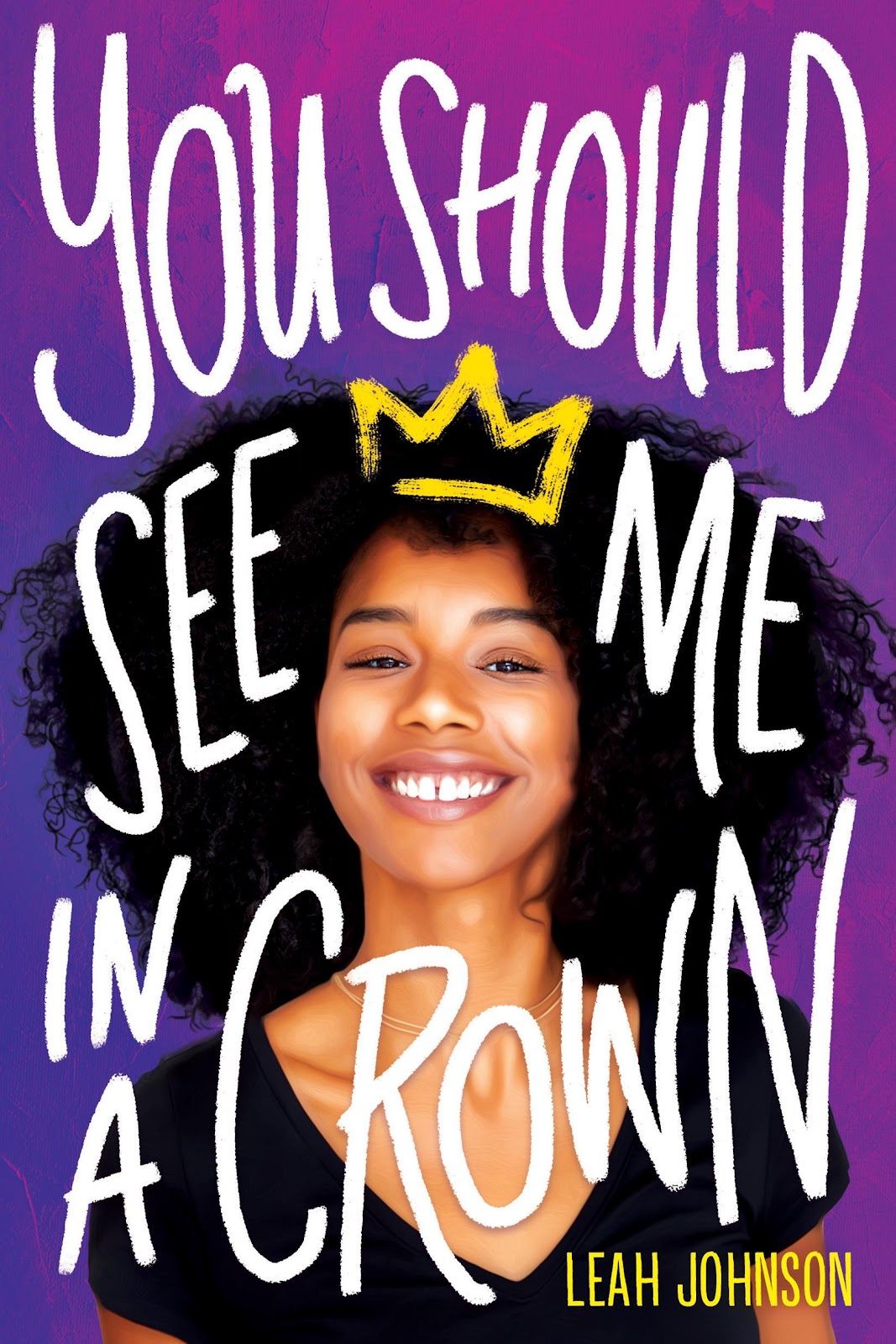 Welcome to Campbell, Indiana: a small midwestern town that wallflower Liz Lighty can’t wait to get out of. She had the route all mapped out: go to Pennington college, play in their world-famous orchestra, and become a doctor. Running for prom queen was never part of the plan! But when the financial aid she was counting on falls through, Liz has to endure the spotlight if she wants to win the $10,000 scholarship prize. The race for the crown gets complicated, however, when Liz falls for a competitor.

Johnson’s own-voices rom-com does an excellent job of portraying Liz’s feelings of anxiety and internalized self-hatred — as well as the importance of her goals and aspirations — as a queer, black teen in an affluent, mostly white town. And yet, despite dealing with such serious issues as racism, homophobia and the toxic culture of popularity, You Should See Me in a Crown is hilarious and fun. The hullabaloo around prom — the catty competitors, social media scandals, and humiliation — makes for a pitch-perfect rom-com. And the ending is just darn cute. All I can say is, someone needs to get in touch with Netflix!

5. Woven in Moonlight by Isabel Ibañez 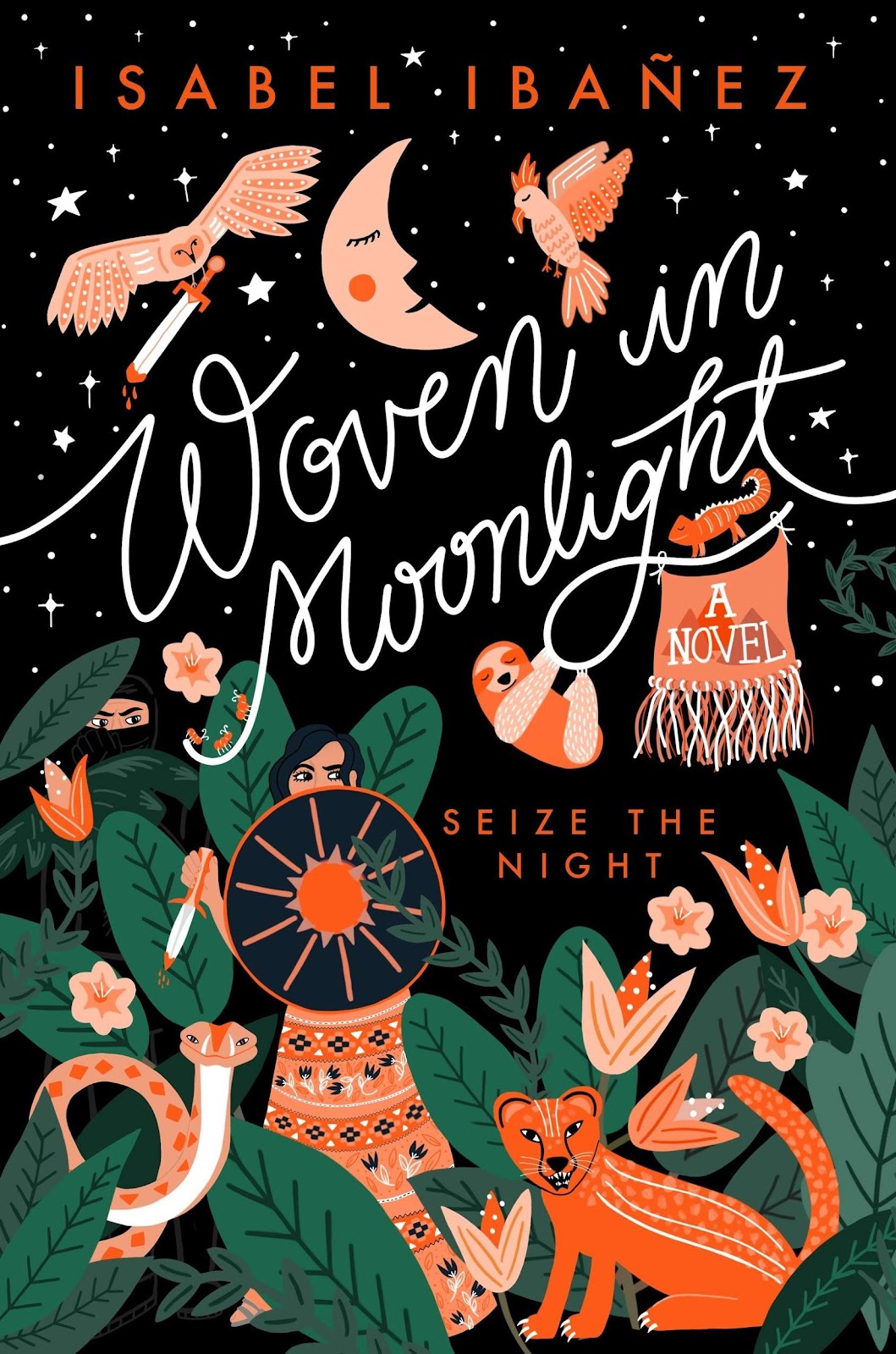 A tapestry of magic, romance, and revolution, Isabel Ibañez drew inspiration from Bolivian history to create this intriguing and inspiring political fantasy. The story takes place in Inkasisa — a world so beautifully rendered that I never wanted to leave it — where our heroine, Ximena, has served as the decoy for the Illustrian “condesa” (heir) ever since a usurper called Atoc used an ancient relic to drive the Illustrians out. Ximena’s own parents died in the siege, so when Atoc demands to marry the condesa, Ximena (a trained assassin with the power to spin thread from moonlight) takes her place, hoping to overthrow him.

Woven in Moonlight is a vibrant feast of a book, offering up fierce heroines, opulent settings, and twisty court intrigue. Yet punctuating this lavish and colorful ancient world is a very modern story. Ibañez raises themes of imperialism and citizenship as Ximena questions what she has always thought about her lighter-skinned race and the indigenous people they rule over, and learns what it takes to move a divided society forward. This book comes with a warning, however: don’t read before bed! Its slow-burning romance and simmering intrigue will keep you up long into the night.

Eve Lynch is a writer with Reedsy, a marketplace that connects authors with the world’s best publishing resources and professionals. In her spare time, Eve enjoys travelling and reading literary fiction (though she’ll always have a soft spot for YA), and is often on the lookout for scenic new places to sit down with a book – or even do a little writing of her own!

Connect With Us on Social Media!

Get Every Review in Your Email!

Subscribe to the Newsletter for DISCOUNTS, FREE BOOKS, EXCLUSIVES WITH AUTHORS, and MORE!